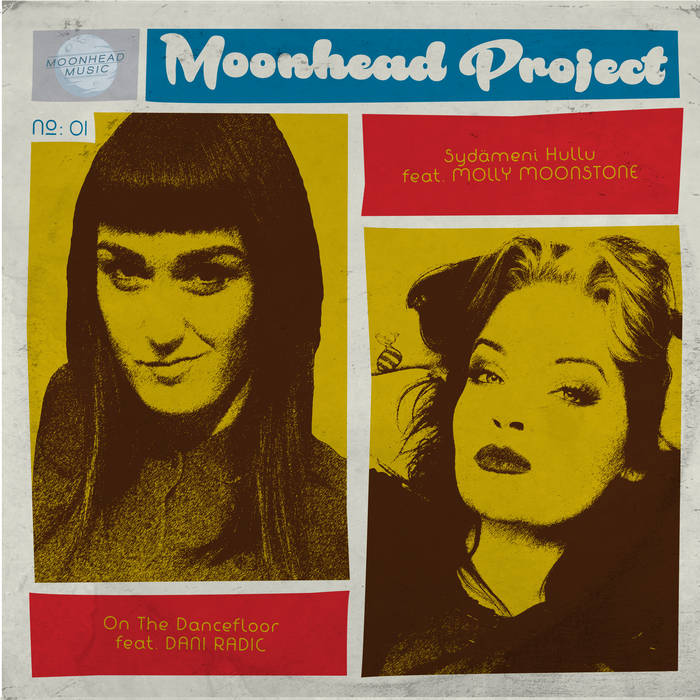 Moonhead Project´s first single On The Dancefloor/ Sydämeni Hullu will be released the 6th of January 2017 in vinyl and digital form by the german label Grover Records in co-operation with Moonhead Music. Both sides of the single contain the same song in two languages by two different singers.

The English version On The Dancefloor is sung by the American singer Dani Radic from The Soul Radics and the Finnish version Sydämeni Hullu by the Finnish singer and burlesque artist Molly Moonstone.

The songs have been recorded in Helsinki, New York and Nashville and they feature musicians from The Slackers, The Soul Radics and The Valkyrians.

Moonhead Project is a ska musical project founded in Helsinki in 2016 by Finnish-Spanish musician and producer Samuel Abaijón (aka Mr Moonhead from The Valkyrians). Mr Moonhead´s aim is to work with musicians he has met touring with his band over the last 15 years to produce ska music in different languages. ... more

Bandcamp Daily  your guide to the world of Bandcamp

MF DOOM is given his flowers, plus appearances from MC Jada Imani and Stanley Ipkuss